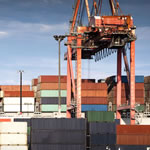 A contact at NAM has generously shared what may be the best update on the US-China tariff threats, and has agreed it can shared with our AgTC membership.

Following a statement by the President last Friday, the Office of the U.S. Trade Representative (USTR) formally released updated lists of products potentially subject to 25 percent tariffs under its Section 301 investigation into Chinese intellectual property and technology transfer issues. The Chinese government responded almost immediately, issuing their own lists of products that would be subject to a similar 25 percent tariff on a similar timeframe and stating that any agreements the two sides had reached would “no longer be valid.”

NAM President and CEO Jay Timmons responded immediately and robustly to the Friday announcement with a direct statement emphasizing that while there is “no question” of China’s problematic behavior, “manufacturers are calling for a new path forward” with “a fair, binding, enforceable bilateral trade agreement” – not a trade war or “piecemeal tariffs approach” that “that will cause more problems than they solve.” The NAM has been active and vocal in recent weeks raising its voice on behalf of manufacturers impacted here, through oral testimony, written submissions, and direct engagement with the administration and Congress.

The NAM has been working directly with members large and small on the impact of these tariffs on both their operations and the long-term issues that manufacturers face in China. We interested in hearing directly from you on these topics; please contact Linda Dempsey and Ryan Ong directly.

USTR proposes additional $200 billion of Chinese goods targeted for an additional tariff of 10%. The new proposed list begins on page 11 and continues to page 205. There will be a public comment period and a hearing in late August and the official list will be published after that.

China Strikes Back with Tariff Lists that Match U.S. in Scale and Implementation Timeline

The Chinese government responded to the U.S. move immediately, taking a strong rhetorical line against the United States move as “undermining the world trade order” and announcing its own tariffs on U.S. exports to China totaling roughly $50 billion in trade. As with USTR’s announced tariffs, the 25 percent tariff would be applied to roughly $50 billion of U.S. exports in these product categories, divided into two lists — List 1 (Chinese) (slated to go into effect, like the U.S. list, on July 6), which includes 545 tariff lines for U.S. exports worth $34 billion on which 25 percent tariffs would be imposed, and List 2 (Chinese) (implementation date uncertain), which includes 114 proposed tariff lines for Chinese imports worth $16 billion.

The two lists together reflect a broad range of products, and largely build off the earlier draft list released in April by adding new products. As with the earlier draft list, the NAM has compiled unofficial translations of these lists (List 1 in English; List 2 in English) as a non-authoritative guide to the types of products included, and will be conducting additional analysis of the trade and member impact. The two new lists collectively include all of the items on China’s April draft list, with the exemption of one tariff line on aircraft (88024010). Among the products included:

List 2 (proposed for implementation but without a specific date)

Along with the updated lists, China’s Ministry of Commerce responded with strong statements, asserting (in Chinese) that the United States is “provoking a trade war” and “undermining the world trade order,” that it planned to “immediately introduce levies of the same scale and strength,” and that “all economic and trade outcomes to which the two parties had agreed to” would be “invalid.” Such statements make the next steps on potential negotiations unclear. USTR Robert Lighthizer on Friday stated, “We hope that this leads to further negotiations and we hope it leads to China changing its policies, at least with respect to us, and opening up their market.” However, neither side has made any concrete announcements made by either side about bilateral negotiations on outcomes other than tariffs, making it unclear how and when the two sides may next engage to resolve outstanding issues versus escalating tariffs.

Again, thank you to National Association of Manufacturers for this timely work to translate the latest list issued by China, and for sharing it with the AgTC membership.